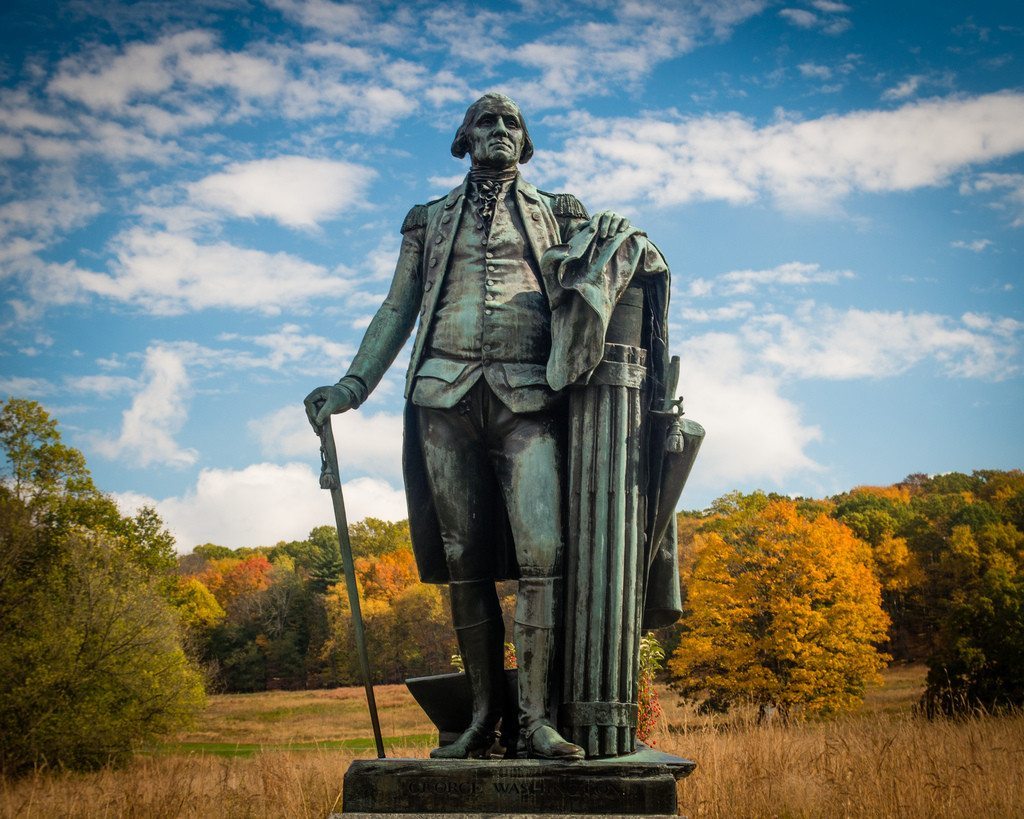 The Fourth of July approaches, and with it, thoughts of our founding fathers’ teeth– well, perhaps George Washington’s teeth. By now, you might be aware that contrary to popular belief, our first president’s teeth were not made of wood, as was once supposed, but that doesn’t mean George didn’t have trouble biting into his BBQ.

Was it the walnuts?

By his 20s, our first president had lost most of his original teeth, perhaps due to cracking walnuts with them in his youth, but most likely due to poor nutrition and lack of dental care. Despite being an active man– an excellent dancer and horseman– George would go on to spend his life plagued by persistent dental pain.

So what were George’s teeth made of?

He also employed several different dentists to construct and maintain his dentures, as well as manage the dental complaints he continuously suffered from. One such dentist, Dr. John Greenwood, constructed hippopotamus ivory and gold dentures that fit around the president’s one remaining tooth at the time of his inauguration. Dr. Greenwood, a pioneer in dentistry, believed that a dentist “should never extract a tooth… when there was a possibility of saving it.” When the remaining tooth finally departed, George Washington gifted it to Dr. Greenwood.

Despite trying different constructions of dentures, none of them were comfortable to wear and Washington endured nearly constant pain from his dentures. Some, in fact, caused facial disfigurement, a change in his appearance which can be viewed in portraits painted at the time (such as the portrait included in this post, painted by Gilbert Stuart in 1797).

The twenty-first century: a better era for teeth

Thankfully, modern dentistry and oral hygiene practices guard us against future mouthfuls of hippopotamus ivory. Regular brushing (twice a day for two minutes each time), flossing, and checkups with Dr. Barrett will keep your smile white, healthy, and your own!

If you are curious about what George Washington’s dentures looked like, or want more details about his dental dilemma’s, check out the Mount Vernon Ladies Association website or the National Museum of Dentistry where you will find lots more fascinating dental facts about our first president!

Posted in Blog
← For Our Smallest Patients: A Dental IntroductionProtect Your Teeth from the Games You Love →